COVID-19 has profoundly impacted people all over the globe and with the pervasive effects it’s had on people and their livelihood, times have become extremely uncertain. The film and video production industry also came to a screeching halt, momentarily at least. With technology being as advanced as it is nowadays, and standard shooting practices turned on its head, Mbrella Films had to adapt to continue producing high quality films and videos for our clients. Enter remote video production. 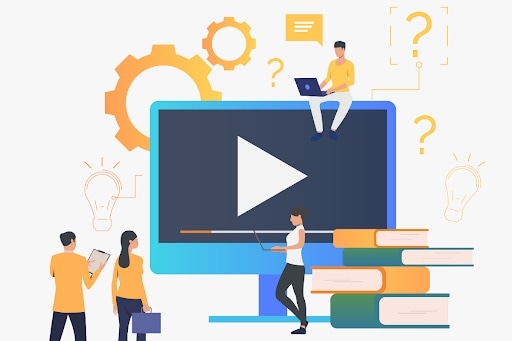 Ostensibly, remote production connects you, with your computer, directly to the set. You see the shot, the set and communicate as if you were there. Directors are also able to work from remote locations if need be and can direct the shoot just as if they were there communicating.

Mbrella Films uses the latest camera equipment and technology to facilitate all remote production shoots. We use Zoom along with an advanced software application called QTAKE, which is specifically developed for video assist professionals. It logs, captures, playbacks , edits and processes the video output of any camera, and it’s updated monthly by using valuable input from where the real production is taking place.

With this advanced technology, we’ve already provided successful production shoots for our esteemed clients. You’ll need a Mac OS X to run QTAKE using the most updated software and hardware technology available from Apple. We share the media files across applications compatible with QuickTime, such as Final Cut Pro with every clip captured and kept on a high speed media storage. These high definition media clips can then be retrieved instantly for various processes such as playback, editing or compositing while using substantial meta-data.

Therefore, with a live monitor camera, talents can be directed using bi-directional talkback. Moreover, with a VR 360 degrees witness camera, you’ll be able to pan around seeing the whole set and once shooting is wrapped you’ll be able to immediately access all the recorded takes and metadata.

Remote video production is also perfectly suitable for tabletop shooting. Tabletop video production is a particular type of video shoot where an object filmed on top of a flat surface in high-definition detail. Think of products, tutorials, or stop motion videos which are classic examples of tabletop filming which require a precise level of perfectionism and attention to detail to get it right. For tabletop shoots, there is no need for a lot of fancy equipment as simplistic studio lights and some extras will go a long way.

Overall, remote video production has been successfully implemented as part of Mbrella Film’s standard shooting practice. We take the necessary cautions and have followed careful safety procedures to ensure the safety of crew, talents and everyone involved in the shooting process.

Mbrella Films has set in motion a number of comprehensive safety measures that have proven successful over the last number of shoots:

For questions or quotations, please feel free to contact us through the form below, by email or phone. Mbrella Films remains your key ally for all types of film and video production and we look forward to the chance to create your next video through the convenient and safe process of remote video production. Stay safe and have a wonderful day!

Just like everyone else this year, we were impacted greatly by Covid-19.

Fortunately, Thailand reacted quickly, and now we’re back to full-scale production. Safety is our top priority. Each location is sanitized before any film crew enters. All crew are required to wear a mask and gloves. All of our departments are separated for social distancing. In screening areas we check everyone’s temperature 3 times per day. All equipment is cleaned prior during, and after the shoot. Hand sanitizer is placed throughout the set. On-set medics are on standby the entire day. All meals are served in separate single-use boxes. All props are sanitized before and after being handed over.

AGENCY
For countries still closed, we have remote production. This link you directly to the set with just your computer.
CLIENT
You see the shot, the set and communicate as if you were there. “Can we move the bottle move to the left?
THE SET
“I’ll take care of that right away”
The director can also be remote if needed.
Thailand has top locations, crews, equipment, and many post-production houses. If you are looking for a place to shoot during this difficult time, please get in touch with us. We would like to talk with you more about remote production and shooting safely.
Markeit@Mbrellafilms.com
+66 800 989 013

The situation in Thailand has drastically improved.

Due to strict and decisive actually taken by the government and health officials, Thailand has been one of the “LEAST” affected countries from COVID-19 in Southeast Asia and globally.

Regulations for Filming and Permits in COVID-19 – There is no ban on filming and the government allows crews of up to 150 people on-set. Mbrella Film’s Remote Production allows for the client to have complete control over any shooting done in a remote capacity.

This relieves the client of any burden of having to physically be involved in any shooting due to travel restrictions placed by countries all around the world.

Due to the COVID-19 global pandemic, the Thai government had ordered a halt to all film production activities since March 2020 along with a vast array of other restrictions to daily life to curb the outbreak. These orders evidently had a negative impact of the livelihood of all participants in the 30 billion baht per-year industry.

Recently however, the situation in Thailand has drastically improved. Due to strict and decisive actually taken by the government and health officials, Thailand has been one of the least affected countries from COVID-19 in Southeast Asia and globally. On May 14th, 2020, Thailand recorded no new cases giving a clear indication that things are getting better.

Regulations for Filming and Permits in COVID-19

The current regulations will lift the ban on film production from May 17th, 2020 onward. The government will allow crews of up-to 50 persons to be on-set. Filming will also not be limited to interior or exterior locations but there will be limitations on shooting scenes with close physical contact such as kissing, hugging or any sex scenes.

International production will also be restarted The Thailand Film Office will resume issuing film permits for foreign productions. However, a 14-day quarantine will still be required for any crew or cast members coming from abroad.

Mbrella Films can help you with your production

The use of gloves, masks & face shields as well as frequent sensitization on-set will also be required for all our film production sets.

Though the current situation is not exactly “business as usual”, the easing of restrictions does open the door for much of the filming activities to resume. Moving forward with extreme caution, will allow us all to go back to doing what we love.

Tired of not being able to Film because of COVID-19? Try out Remote Production.  Learn More