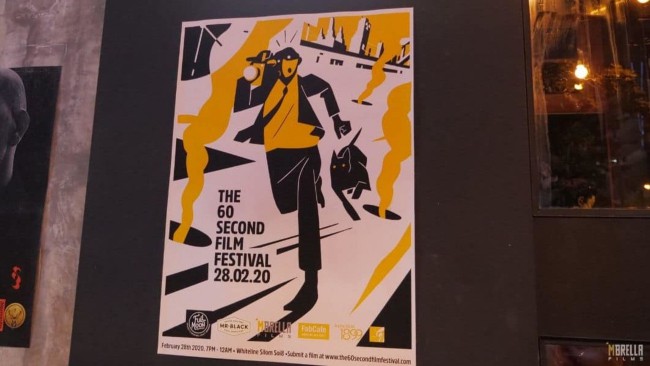 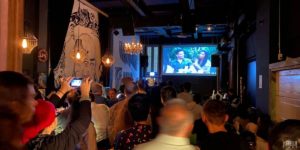 Bangkok’s creative talent lit up the screen at this year’s 60-Second Film Festival.

Mbrella Films would like to congratulate the winners of the Bangkok 60-Second Film Festival! The event was a resounding success, with two screening rooms at standing room only capacity. Lively attendees enjoyed over a hundred different minute-long films. A variety of genres graced the screen including dramas, comedies, suspense, and documentaries. This year’s event also had a number of climate-conscious yet simultaneously entertaining storylines, which was encouraging to see. There was also politically-minded content, as well as much appreciated comedic relief! With a diverse array of cinematic efforts, everyone involved deserves a round of applause, if not a standing ovation. Mbrella Films was proud to be a sponsor of this event, and we appreciate the opportunity to support local independent film talent. We’re always here to help foster Thailand’s artistic community.

Wow, What a Venue! The Whiteline Rocks!

We would like to express our sincere gratitude to the Whiteline venue. The staff and management there truly rolled out the red carpet for everyone, generously hosting hundreds of attendees. The space was perfect for an artistic event like this, with three floors of screenings, art installations, galleries, drinks, and live music. With such gracious hosts and a well-designed, immersive environment, some of Bangkok’s most creative talent was given a showcase. Meanwhile smiling, gregarious bartenders poured drinks late into the night while audiences were treated to an array of engaging short films. Whiteline is one of the hottest spots in Bangkok, and we hope next year’s 60-Second Film Festival will be a worthy sequel.

The 60-Second Film Festival Was a Rewarding Challenge 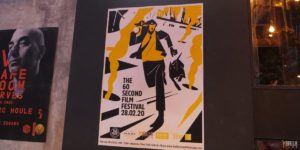 Telling a story in a minute or less is a challenge for any artist and filmmaker.

The competition at this year’s 60-Second Film Festival was fierce, and there were undoubtedly some standout titles in the mix. As many directors and writers will agree, producing short films is in many ways more difficult than a feature. This is because it is a challenge to create a story that has a narrative arc in under only a minute. However, chances are if a filmmaker can create a standout short film, then they will likely succeed with a 90-minute feature. In fact, countless famed directors have gotten their careers started with shorts. It can even be argued that each scene in a feature film needs to be able to stand alone. Especially set-pieces, which are scenes that are so pivotal to the overall story they can’t be left on the cutting room floor.

And The Winners Are … 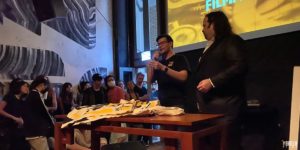 This year’s festival had four unique categories, and Mbrella Films is proud to help announce the winners. For the Mbrella Films Best Director category, we were wowed by 𝗛𝗔𝗣𝗣𝗬𝗛𝗨𝗥𝗧𝗗𝗔𝗬 by Thanpat Sawatram. The Best Overall Film was 𝗧𝗛𝗘 𝗣𝗟𝗔𝗦𝗧𝗜𝗖𝗦 by Courtney Payne & Cat Costa. This year’s Best Film About the Environment was 𝗔𝗜𝗥 by Asil Munaf. And last but not least, we have the Darkest Film category, which went to the spine-tingling short 𝗘𝗔𝗧 𝗠𝗘! by Jim Francis. For everyone involved, thanks for submitting your work, taking artistic risks, and preserving your creative visions on film. Keep at it, because your continued efforts help to make Bangkok’s world-class creative community so special.

Special Thanks To Mbrella Film’s Co-Sponsors

Mbrella Films appreciates the opportunity to help emerging filmmakers and Bangkok’s talent stretch their creative wings. However, we couldn’t have done it alone and without the help of our generous co-sponsors. Full Moon Brewworks here’s looking at you. Your craft beers make us want to howl at the night sky. Similarly, Mr. Black Cold Pressed Coffee Liqueur was pouring samples of their unique product and it was surely a crowd-pleaser. Speaking of drinks, the Brand Connect Thailand catalog has the best selection of beverages we’ve ever seen. Then there’s FabCafe, where makers and hackers can see their designs turned into reality. Last but not least, thanks to Creative Migration, which recently opened its Bangkok 1899 facility. This incredible venue is a new cultural and civic hub representing an intersection of art, design, urbanism and social innovation. 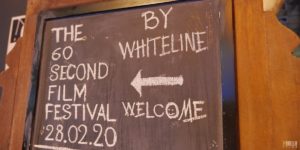 Special thanks to the Whiteline for the venue, and to all the festival’s sponsors.

With such a successful, packed event as this year’s 60-Second Film Festival, the future looks bright for arts and cinema in Bangkok. In fact, 2020 already has a few features and series that are considering setting up for principal photography here. Certainly, with so many hard-working, creative individuals involved in the local film industry, there’s no limit to the artistic possibilities. Mbrella Films for our part has one feature film on our development slate, and we look forward to collaborating with some of Bangkok’s best and brightest. We’re excited for what’s to come, so never hesitate to call on us when you need a local production ally. Independent filmmakers are what help make every global film scene unique. Mbrella provides affordable support to indie producers and directors because we understand that the future of cinema starts right here, right now, with the imagination.